I had a different post planned for today but my heart is being pulled in a different direction. I’ve said it before but dogs are my passion; they have been ever since I was little and I had a gazillion stuffed animals, wanted to adopt all of the puppies at the pound and had long lists of names for my future dogs. My husband somewhat understands this, although is also somewhat annoyed by the number of dogs (and frequency of which) I share on Facebook that need to be rescued.

In more recent times, I’ve been able to volunteer with various rescue groups and foster, help at adoption events or handle social media platforms for them. All of this helps, but my heart still wants to do more. I recently made a new friend who had her heart strings pulled on one night by this guy who was stuck at Gaston County Animal Control. His owner left him locked in an apartment after moving out and the landlord found him (no idea on how long he was there). 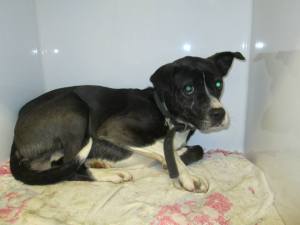 In the shelter, he was frightened and bothered by all of the barking. He cowered when she went to pet him. No rescues were stepping up for this guy, but a rescue without their 501 (c) said they could help if she would get him and foster him for a few weeks. This was his first day out of the shelter.

And it’s only gotten better from there. He walks well on a leash, stays in his crate and is working on house training. She sent me this picture today of him cuddling with her 1-year old rescue dog. 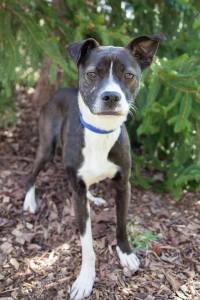 He looks like a totally different dog than the one who was hours away from dying at the shelter. There are MILLIONS others like him. If you’re in the market for a new dog, adopt. There are puppies, there are “teenage” dogs (those between 1-4 years old), and there are seniors. There are house-trained, crate-trained dogs. There are purebred dogs (over 25% of dogs in shelters are purebred). And if you don’t want to go to the shelter, look at local rescues.

If you’re interested in adopting “Roo,” you can email takenbysarah@gmail.com for more info or to meet this sweet pup.