Whew! It’s February and I haven’t blogged in HOW MANY days? Sorry about that. I had TWO trips planned to Boston in that time and both were cancelled due to the massive amounts of snow that have been dumped on the Northeast. Seriously, MASSIVE AMOUNTS OF SNOW. So work has been a little crazy to say the least. 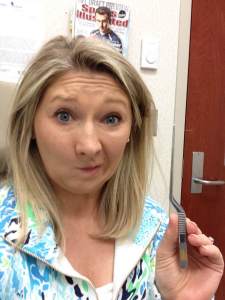 On top of that, I’ve had some fun appointments for swollen lymph nodes that WON’T GO AWAY but aren’t anything deadly (unless you ask WebMD), so there’s that. However, my throat hurts and we still don’t know what is causing them to swell. So 3 rounds of blood work, a CT, ultrasound and two ENTs later, I still have swollen lymph nodes and no answers. But sore throat = ice cream, so I still consider myself to be winning! 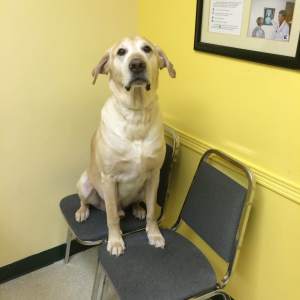 Yesterday, I had to drop my big guy off at the vet for a dental cleaning and to have a mass removed from his elbow. I cried like a baby when I left. It’s what I imagine leaving your child at daycare for the first time feels like. Yes, I just compared having a dog to having a baby. It was awful and I was a wreck for most of the day. Especially when they called me and told me that he was getting ready to have his surgery and I could hear him barking in the background. Everything went fine and he’s back home and resting peacefully with his cone of shame. We’re just waiting on his test results now.

Since there were only two entries in the latest giveaway, I decided not to post the video I made of me drawing the winner (it was yesterday and I may or may not have had mascara smeared under my eyes after dropping Tucker off at the vet). Our big winner is Heather P! And since there were only two gals who entered, I decided to also give Ariel something. So I’ll be sending her the “Say Yes to New Adventures” 2015 planner. It will definitely help with wedding planning! Anything to stay more organized.

Thank you to both of you for entering. I will be doing giveaways for the other items in the coming weeks. I’m so pleased with the progress we’ve made on helping these ladies cross items off their bucket lists. Right now, I’m waiting on Beverly to select a 5k to run and we’ll pay for her entry and I’m working with some paddle boarding (SUP) and kayaking companies in Wilmington to help mark a few more items off of other lists. Sadly, Janet, one of the women I saw at the Pretty in Pink Fashion Walk, passed away in January. Her story touched everyone in the room. She was brave and strong and loved her son deeply. I hope we see the day where there’s a cure and women like Janet get to do all the things in life they want to, like take their kids to Disney World and watch them grow up and get married and to spend a lifetime growing old with her husband. I really hate cancer.